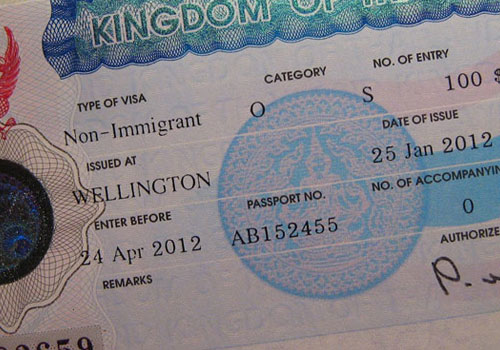 Generally, a foreign citizen who wishes to enter the Kingdom of Thailand is required to obtain a visa from a Royal Thai Embassy or a Royal Thai Consulate-General. However, nationals of certain countries do not require a visa if they meet visa exemption requirements as follows:

Conditions to Apply for a Thai Visa

To apply for a visa, a foreigner must possess a valid passport or travel document that is recognised by the Royal Thai Government and comply with the conditions set forth in the Immigration Act of Thailand B.E.2522 (1979) and its relevant regulations. In addition, the visa applicant must be outside of Thailand at the time of application. The applicant will be issued with a type of visa in accordance to his or her purpose of visit.

Foreigners entering Thailand are not permitted to work, regardless of their types of visa, unless they are granted a work permit. Those who intend to work in Thailand must hold the correct type of visa to be eligible to apply for a work permit. Information on Work Permit applications can be found at the website of the Office of Foreign Workers Administration, Department of Employment, Ministry of Labour at Click Here

Categories of prohibited travellers to Thailand

According to the Immigration Act of Thailand B.E. 2522 (1979), foreigners who fall into any of the following categories are prohibited to enter Thailand: