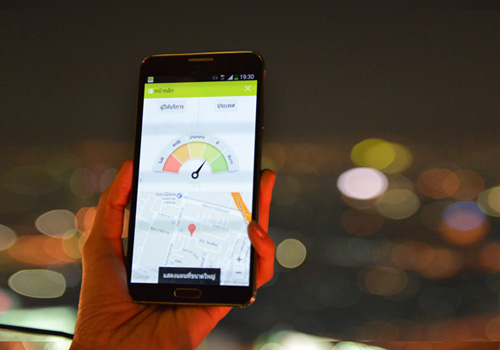 Thailand has a very well developed mobile telecommunications infrastructure and visitors will be able to use their own cellphones if they have a roaming service agreement with their own network provider and are GSM compatible, as Thailand uses both GSM 900 and 1800 networks. The country has invested in mobile phone reception covering the whole kingdom except for the most remote Thai islands and isolated mountainous regions. . Those who are planning on staying for a longer duration will probably find that buying a SIM card once they have arrived in Thailand is a cheaper option. A SIM card can be bought from any of the following mobile operators such as AIS, DTAC, TrueMove H and TOT on a pay as you go basis. Thailand uses 4G technology for mobile internet access.

Calls are cheap to make and free to receive. The only thing to consider is whether your own mobile phone is locked. Many phone providers deliberately lock their phones to make it impossible to use rival networks. This can be fixed for a small price at any phone shop in Thailand, and particularly at MBK or Panthip Plaza in Bangkok which have large sections dedicated to all your mobile phone needs and accessories. Mobile phone retailers are very easy to find, even in smaller towns.

If you want to keep your own phone open for incoming calls, mobiles can be rented easily enough. A possible better option is to buy one, as they can be found anywhere at prices starting from less than THB 2,000. You then have that cell phone to use not only in Thailand but also in any country in the world you might travel to.

Additionally, all hotels usually provide Internet and broadband services for free in the hotel’s common areas or for a minimum fee to use in your own personal space within the property. Many shopping malls around the country allow you to sign up for using their free wifi. Internet cafes are abundant in cities and town centres. 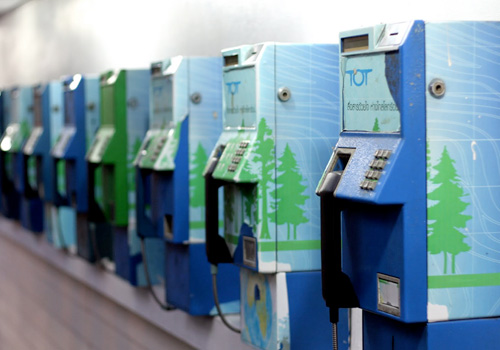 Coin operated pay phones were available throughout the country and cost around 1 baht per minute for local calls but are gradually becoming extinct. Nearly every Thai has their own mobile phone I not to or three and the need for public pay phone have become obsolete.

Card phones, which operated with either prepaid phone cards or, less frequently, credit cards are also widely available, particularly in large urban and tourist areas Card phones have variable rates, but can cost up to 18 baht (.50 USD) per minute. Prepaid phone cards, which are generally available in 300 baht denominations (just under 10 USD), are available at convenience stores such as 7-11 and phones accepting these cards are painted yellow and are usually not far from the local 7-11 store. 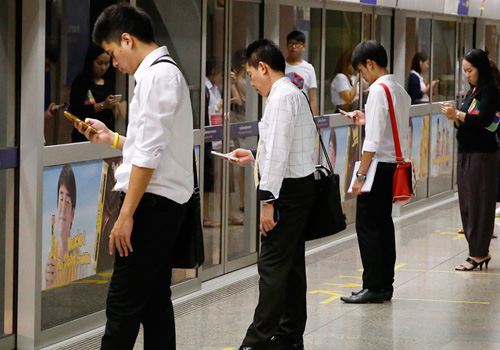 Calling home or calling Thailand from overseas are both quite easy. Thailand’s international country code for calling Thailand from overseas is +66, and the code for placing a call to another country from a Thai phone is 001 followed by the country code of the nation you are dialing, (though other long distances providers allow you to dial 007, 008, or 009 rather than 001, but at different, typically higher rates). International operator assistance is available by dialing 110.

There is a slight difference in calling Thailand from overseas or calling a Thai phone from within the country. All phone numbers within Thailand begin with an area/city code or a cell phone prefix that is not always used when calling from overseas. For example, the city code for Bangkok is (0)2, the city code for Chiang Mai is (0)53, and the prefix for cell phones is (0)8. When dialing from a Thai phone, one includes the 0, while those calling Thailand from overseas should not include the 0. Consequently, an overseas call to Bangkok would be +66-2…, whereas a call from within Thailand would begin 02….

Emergency numbers are often three or four digit numbers, including Tourist Police, which is 1155.